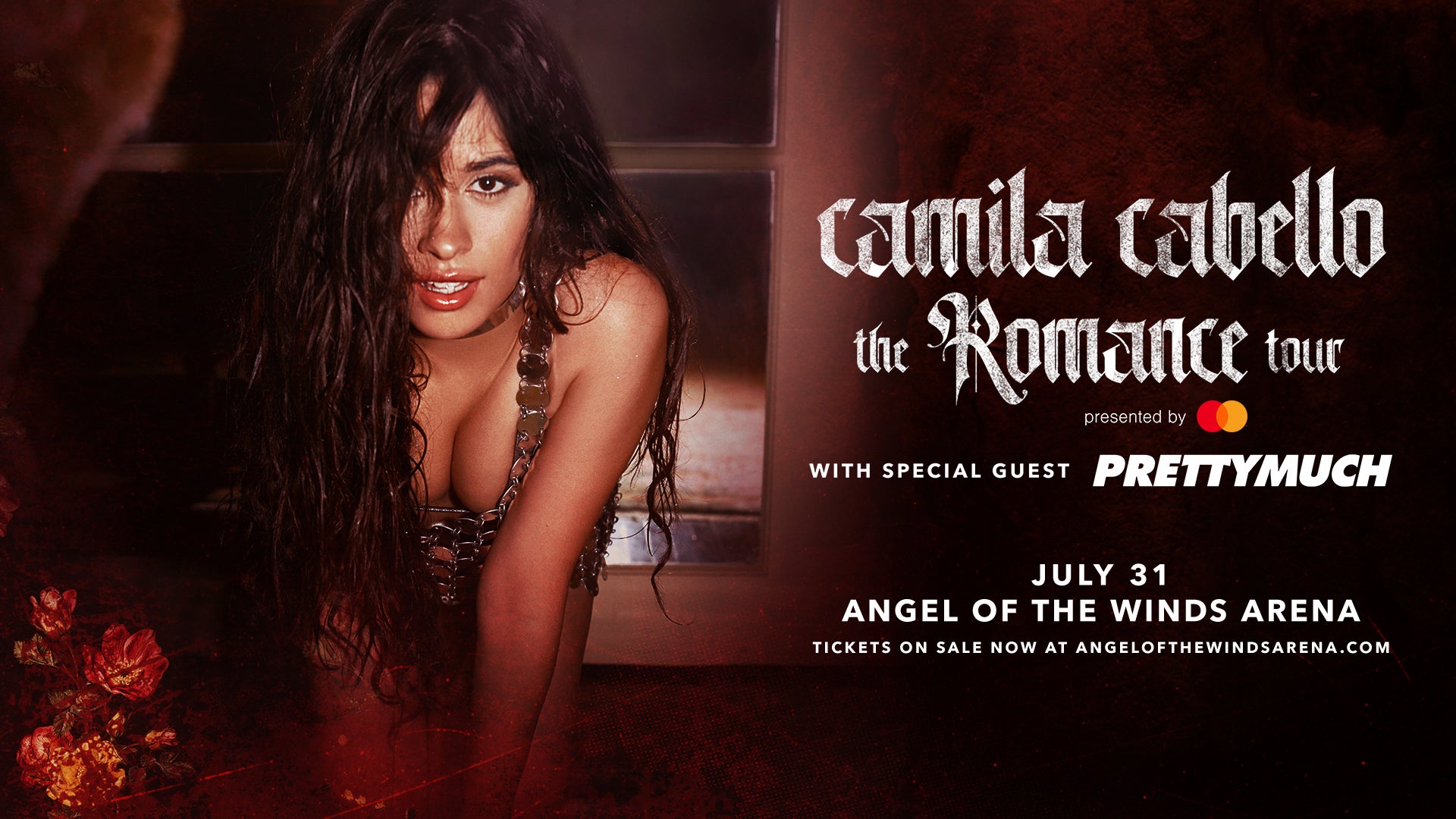 POSTPONED - Date will be updated as the information comes in. Watch our website and social media for updates.

Multi Grammy nominated Cuban born singer/songwriter Camila Cabello (Epic Records / SYCO) released her debut solo album, CAMILA in January 2018 to rave reviews. It debuted at #1 on the Billboard 200 chart at the same time as her single “Havana” Reached #1 on the Billboard Hot 100 chart, making Camila the first solo artist in nearly 15 years to reach the #1 spot on the Hot 100, Billboard 200 and Artist 100 charts in the same week. The RIAA platinum-certified album, CAMILA, launched its debut at #1 on 110 iTunes charts around the world, breaking the record for most #1 positions for a debut album in iTunes history. Camila also became the #1 artist on global Spotify. At the end of 2018, Camila was nominated for two Grammy awards, “Best Pop Vocal Album” for her album, CAMILA, and “Best Pop Solo Performance” for “Havana” (Live). She took home awards for Artist of the Year and Video of the Year for her hit “Havana” at the 2018 Video Music Awards. Beginning her official solo career after four years in Fifth Harmony, Camila released her RIAA 9x platinum smash hit “Havana,” in August 2017 where it obtained the #1 spot on the pop radio chart, marking her second top 40 #1 as a solo artist. Furthermore, “Havana” hit #1 on iTunes overall top songs chart, #2 on the Spotify Global chart and hit #1 in 80 countries around the world. “Havana” is the first song by a female artist to reach No. 1 on Billboard’s Adult Contemporary, Pop Songs and Rhythmic Songs charts in 22 years, it has earned over 1.1 billion on-demand U.S. streams, according to Nielsen Music, and attained the longest run at No. 1 on Pop Songs for any song by a female artist since 2013. Havana became the most streamed song of all time by a female artist and was the number one song of 2018 globally. Her triple-platinum single “Never Be The Same,” was released in January 2018 and peaked in the top 10 of the Billboard Hot 100 chart. Camila became the first artist in history to have two multi-format number one singles as the first two singles from their debut album.  Camila had previously earned a chart-topping smash with her double platinum-certified hit “Bad Things” with MGK. The track generated over 400 million on-demand streams. As a result of its success, she became the fifth female artist to hit #1 on the Pop songs chart with and without a group. Camila released the global smash single “Señorita,” with Shawn Mendes in June 2019, which debuted at #1 on iTunes worldwide and broke Spotify’s record for the biggest debut from a male/female duet in its history, it is currently the most streamed song of any song released on Spotify this year globally. . “Señorita” marks Camila’s second #1 at Hot 100 and fourth #1 at Pop Radio. Camila is currently the most listened to female artist in the world on Spotify and broke the record for the most monthly listeners for a female artist in Spotify history.  She is the first female artist since Adele to triple up atop Billboard’s Hot 100, Billboard 200 & Artist 100 charts. In November 2018, Camila was named the new ambassador for Save the Children. She is set to make her acting debut starring in Sony Pictures’ CINDERELLA, to be released February 5th, 2021. The film will be directed by Kay Cannon and produced by James Corden and Leo Pearlman.