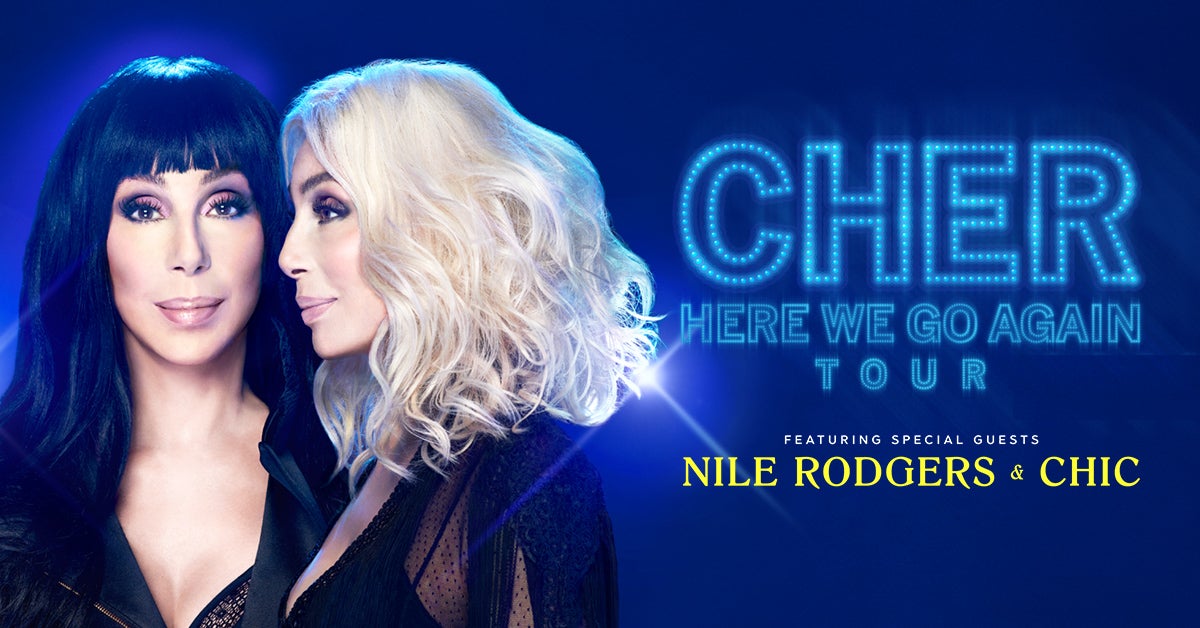 POSTPONED TO UNANNOUNCED DATE-  If you have any further questions please call 1-866-332-8499. If you purchased through a third party site please contact them directly. Thank you.

Due to overwhelming demand, Cher has extended her phenomenally successful Here We Go Again Tour, including Angel Of The Winds Arena.

Following the completion of 82 shows by the end of this year, the Oscar, Grammy, Emmy, Golden Globe, Billboard Icon Award recipient and Kennedy Center Honoree shows no signs of slowing down. The Here We Go Again Tour began September 2018 in conjunction with the release of her Warner Bros. “Dancing Queen” album which landed at No. 1 on the Billboard 200 Charts. Cher recently performed in Europe for the first time in 15 years and received several five star reviews along with the unanimous raves for her U.S. Tour dates.